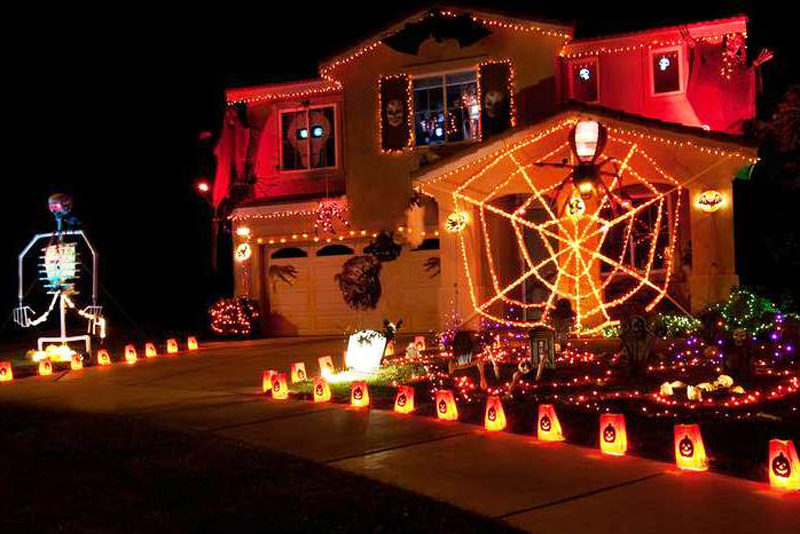 DIY Halloween decorations for your house to scare friends

Halloween is traditionally celebrated on the night of October 31 to November 1. This mystical and scaring night when the streets and parks are filled with ghosts and evil spirits, hence the main tradition of Halloween decorations and Jack-o’-lantern is to protect your house and scare off the evil. 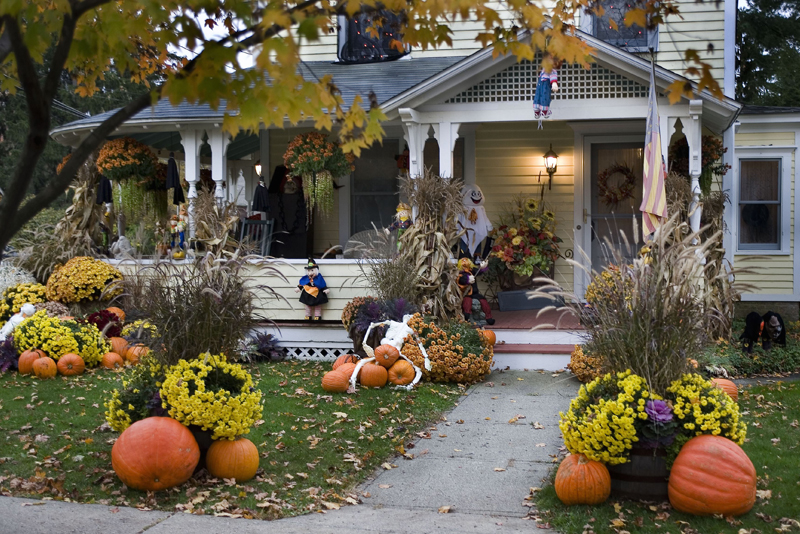 Whether to believe in the evil spirits that roam in the Halloween night is your own business. But if you are still going to celebrate this eerie holiday, then DIY Halloween decorations are the best choice. The key of a good holiday is the scary costume and make-up, delicious dishes (especially desserts), a decorated house and Jack-o’-lantern on the doorstep. 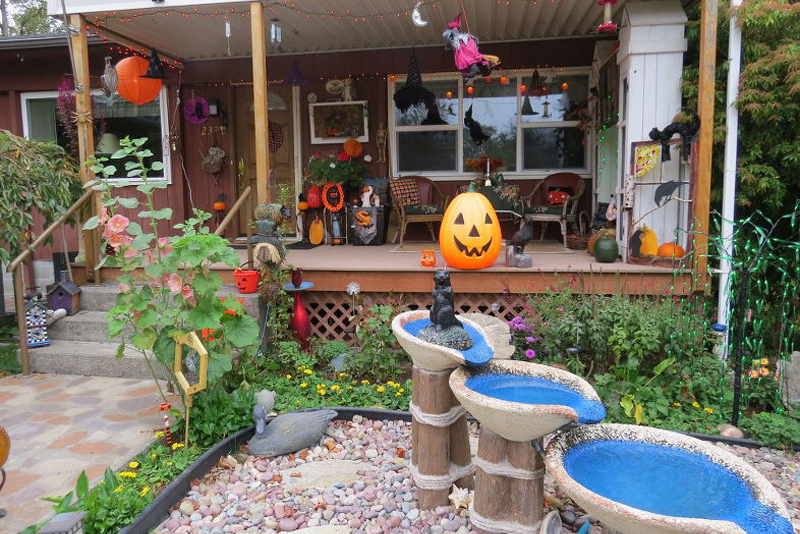 Halloween parties are a good tradition in the USA, Ireland, and Canada. It’s fun and exciting! Meet friends in bright costumes, taste delicious food and tell stories, can you think of a better scenario?

Exactly the outdoor Halloween decorations make the very first impression of your house. According to the legends, the more terrible the scenery – the better, so evil spirits will bypass the house. Or scare your friends! 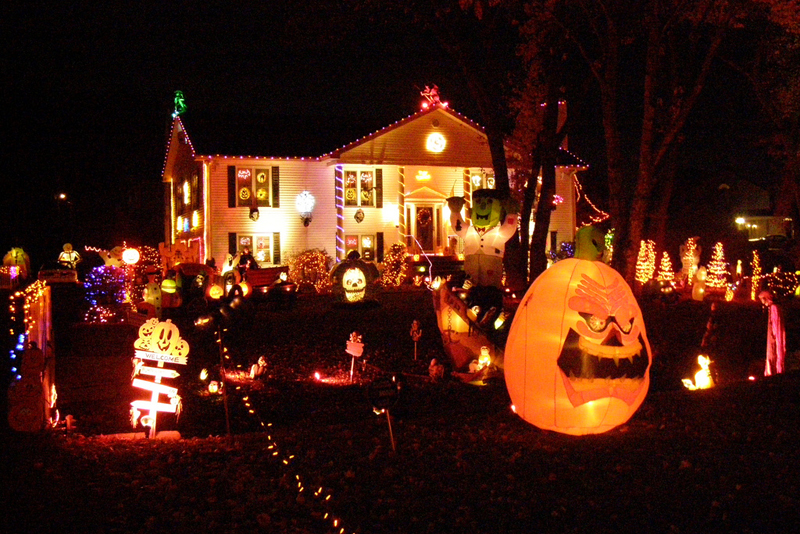 Jack’s lamp is a pumpkin with cut out eyes, mouth, and nose, and a candle inserted inside. It is an essential attribute of the whole celebration. At first, terrible faces were carved on turnips and potatoes, and only after on pumpkins. The reason is quite simple because pumpkins are one of the cheapest vegetables in the fall. 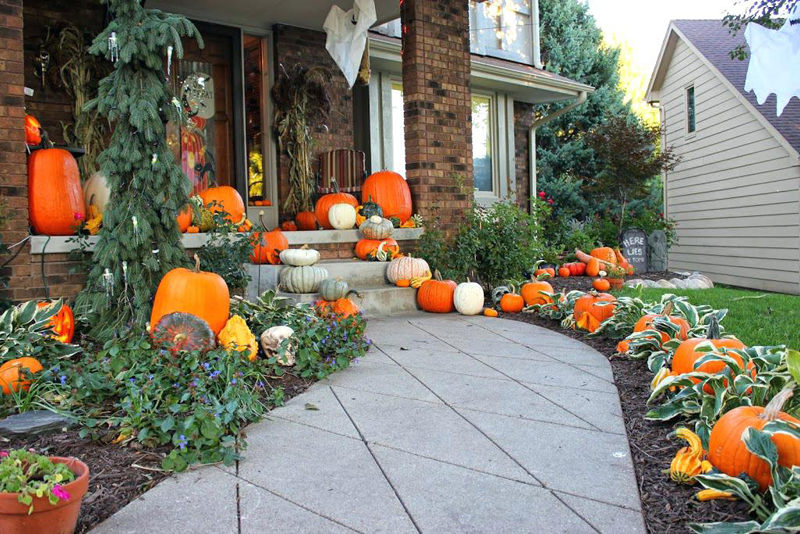 The ancient legend tells of Jack the blacksmith, who managed to deceive the devil. After his death, Jack could not go to hell or to heaven. Jack became a restless soul and began to roam the earth. Finally, the devil threw him a coal from the underworld, which should illuminate his path in the eternal darkness. A hollow pumpkin became a lantern for this charcoal. In ancient times it was believed that if such a lantern was put on the doorstep of the house, then evil spirits would not enter it. 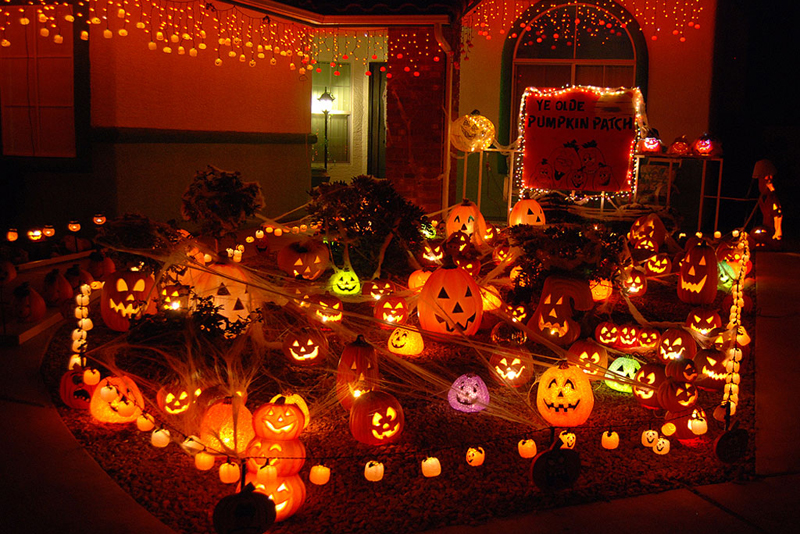 To make such a lantern you need to take a large Halloween pumpkin and clean it from the pulp. Do not rush to throw out the pulp because it can be used to make a few more delicious holiday dishes. Use a stencil to draw eyes, mouth, and nose. Cut them with a knife. Place a candle or an electric lamp inside. 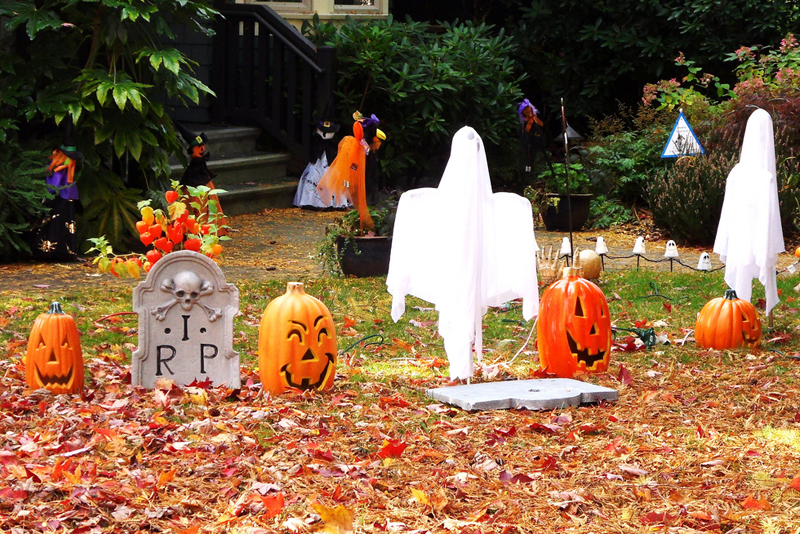 Another idea is to paint the pumpkins in different colors. Despite the fact that the traditional colors are orange and black, today the pumpkins are painted in pink, golden, green and other colors. They look very impressive!

To decorate the windows, you only need black paper, scissors and scotch tape. Use the black paper to cut out various thematic figures:

After making sure to attach them to the glass using the scotch. In the evening light, it will look more scaring. 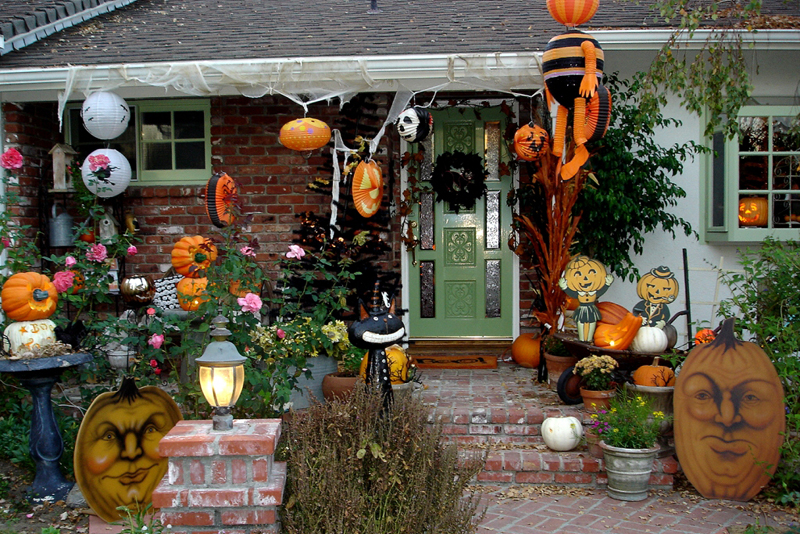 The main colors of Halloween are orange and black. Therefore, take care of the muted lighting, or pre-glaze the windows also with orange paper. So, the effect will be only the best.

Halloween decor for the front door

If you are waiting for guests, then you need to take care of Halloween door decorations and porch. Finishing the doors is a simple task. You need only a few materials and imagination. 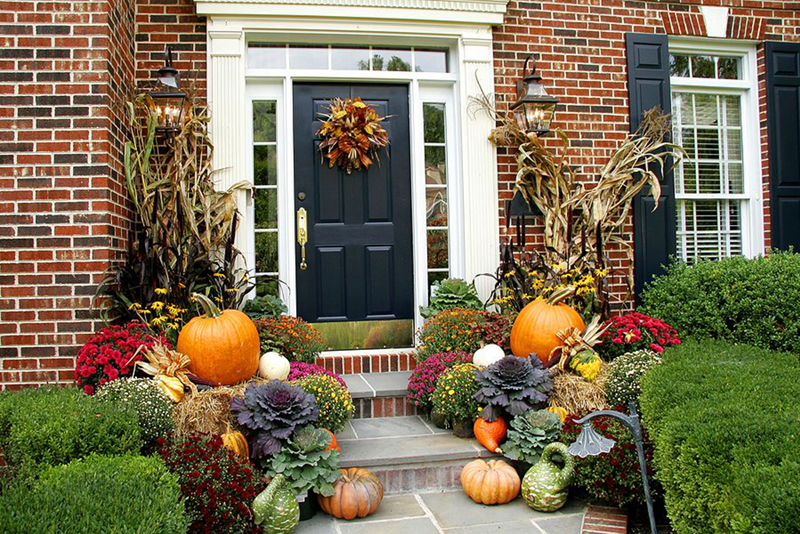 A couple of creepy garlands, spiders, snakes, artificial bats, gauze-web or even just a monster… Yes, from the doors. One of the brightest ideas is to upholster the doors red and top with a black cloth. Tear the black cloth as if by the claws of a large monster. This will scare anyone.